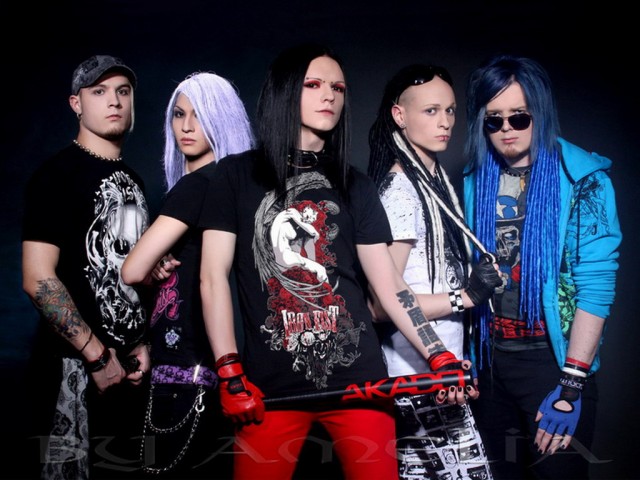 AKADO is the group that changed the entire Russian rock landscape.
It is one of the most exciting bands among the modern alternative groups.
It is dazzling in every aspect: the band combines a variety of musical styles, unique vocals, and instantly recognizable sounds to top their original stage images.
The core of AKADO’s act is a merger of their show, highly professional performances, and thought-provoking content. For this reason,
the band calls its style Visual Rock.
This music makes you notice many daily facts and think of them completely outside the box.
AKADO can be described as a bleeding wound of the modern world.
Their sounds and lyrics are an unyielding rejection of the surrounding hypocrisy and the prevailing injustice and deceit.
The band articulates its painful awareness of the realities of life,
the suffering associated with grief and losses, and the excruciating imperfections and wickedness of the human nature.
At the same time,the oeuvre of the band is the universal faith that human will break through this image of despair.
It’s hard to define any specific style in AKADO’s music.
Perhaps, they have created their own and fresh trend in rock music.
The band naturally entwines in their works seemingly mismatching musical styles, and combines live performance and electronic music incredibly well.
Each gig of the band is unique and original.
It is a grand show full of surprising special effects, live music, genuine emotions, and carefully produced full-fledged performances.
All creative works of the band portray their activism and stance in life.
This is not merely about music, this is about beliefs.
AKADO has a unique personality, even though it has many followers.
You may admire or hate them, but you can’t stay indifferent.