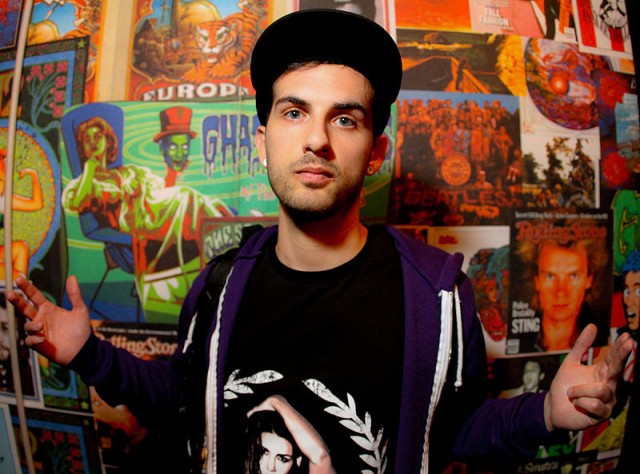 Borgore comes from Tel Aviv, Israel. He is the founder of Buygore Records and former drummer of Israeli deathcore band Shabira. He is also part of the dubstep duo Alphamale Primates, which consists of him and Tomba. Self-described as «Gorestep», his music incorporates triplet drum patterns with heavy metal influences. Some songs have been compared to horror movies, farm animals, and sex. Sometimes make performance in stripper clubs, using nicknames like: Borgina, Isabelle or Estrella. He has released tracks under Dim Mak Records, Spinnin’ Records, Sumerian Records and also his own label Buygore. In 2012 he released the single «Decisions«, with back-up vocals provided by Miley Cyrus. His label Buygore records has brought to fame artists such as Document One and even Rusko has released on the label. Current Buygore signees include Dead Audio, Ookay, Kennedy Jones, Bare and At Dawn We Rage among others. Borgore has been credited (slightly jokingly) even by his close friend and fellow producer DJ Carnage for the change in musical style and attitude of Miley Cyrus. His debut album called #NEWGOREORDER will be released on Buygore Records under exclusive license with Dim Mak Records