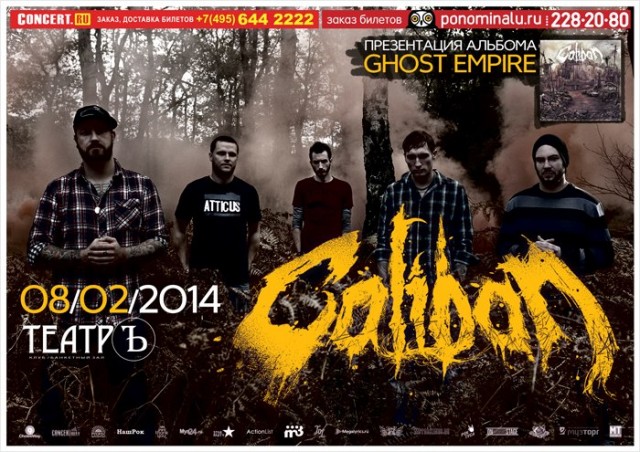 Formed in 1997, CALIBAN is one of the few German bands who managed to build up an international status in recent years. In North America they toured with labelmates God Forbid, The Red Chord, I Killed The Prom Queen and many more and also stopped at North American Festivals such as Hellfest (Syracuse) and New England Metal and Hardcore Festival. They toured Japan with Killswitch Engage and Shadows Fall, played the Beast Feast as well as visited Indonesia, Malaysia and last, but not least Australia as part of the Gigantour with Megadeth, Soulfly and Arch Enemy. Apart from several headline runs they were part of numerous European tours with bands such as In Flames and Devil Driver, Machine Head or Kreator. Also, it doesn’t come as a surprise that you could watch CALIBAN on countless European festivals such as With Full Force Festival (D), Graspop Metal Meeting (B), Summerbreeze (D), Rock am Ring/Rock im Park (D), Wacken Open Air (D) as well as the prestigious Nova Rock (A) and Download Festival (UK). Recently they supported Machine Head and their acquaintances Killswitch Engage on selected shows.