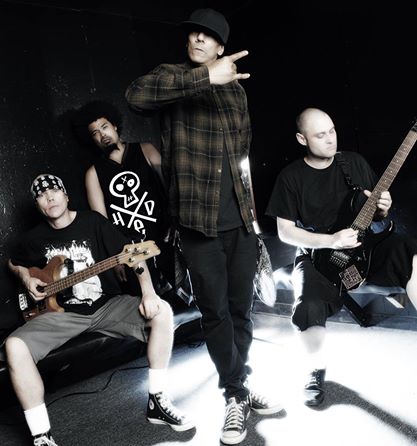 Originally based in Huntington Beach, CA, (Hed) p.e. was founded in 1994 by frontman Jahred, whose goal was to fuse the region’s long-standing punk rock heritage with G-funk-inflected hip-hop. He was shortly joined by bassist Mark who has remained alongside the band until present day. The line up is currently rounded out by guitarist Jaxon and drummer Trauma.

(Hed)p.e was snatched up by Jive Records early in its career, but it wasn’t until the year 2000 when they released the album «broke» that they received mainstream success. It was this album that solidified them as a mainstay in the rock and metal community.