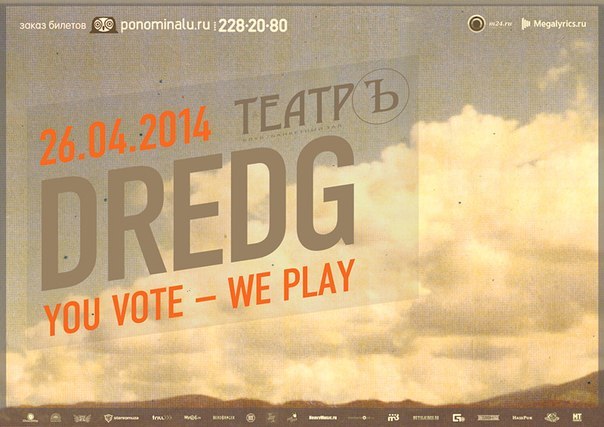 For a band, longevity is a double-edged sword. It means that an artist’s music has the power to sustain over time but it also means that evolution is necessary. Sometimes that progression is organic and slow while other times it’s urged, driven by a desire to change and grow. That is where we find Bay Area rock band Dredg today, on the brink of releasing their fifth album in over 15 years. The bands new album, Chuckles and Mr. Squeezy, is a far cry from their 1998 debut Leitmotif—and even from their most recent disc, 2009’s The Pariah, The Parrot, The Delusion—but now, looking back, you can see band who’ve transformed themselves again and again of their own volition.

For nearly eight months, beginning last winter, the band members sent songs back and forth over email, allowing the tracks to slowly build and layer under individual microscopes. Producer Dan the Automator was brought into the process early, imbuing the entire development with a distinct sense of collaboration that married Dredg’s signature style with Dan’s visionary approach. “I had a deal with them,” Dan says. “I said, ‘I’m going to make a bunch of tracks for you guys and whatever you do has to be better than these tracks or they’re going to be the album.’ I felt like setting a bar for them. Dredg has been a band that’s been around for a long time and they’re comfortable with each. I wanted to shake them out of familiar habits and patterns.”