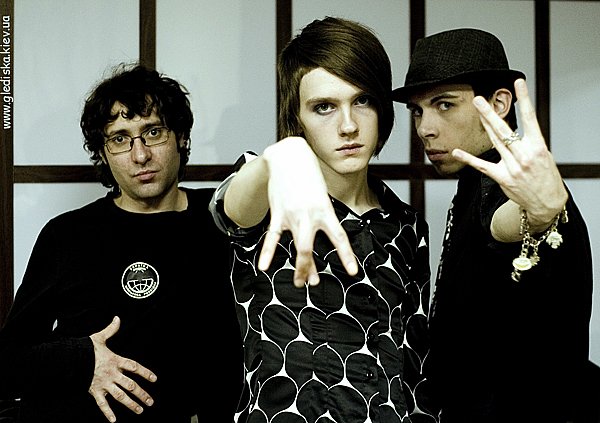 Marakesh’s debut album Androgyny was released in 2006. It represented fully electronic sound due to being recorded by lead singer Mark Gritsenko alone, before the band’s line up was formed

In 2007 after releasing several successful music videos, Marakesh went on an extensive tour from March to December that year. They performed mainly in Russia, where they were supported by alternative TV channels and press such as Billboard,while only relying on a word of mouth in their homeland. However numbers of shows in Ukraine grew in the next years.

Their second full length album M was released in December 2008 after being postponed for more than a year because of a dispute with their then-label.

In 2009 Marakesh extended to open air festivals and came to Europe for the first time. In the summer they appeared at Ukrainian selection for MTV EMA, Russian festival Okna Otkroy and Hungarian ICWiP.

The band went on their first European tour for 1 month in April–May 2010, playing in Baltics, Poland, Germany and Hungary. Later that year the band was chosen by Placebo as an opening act for their show in Kiev. In December 2010 Marakesh released their first fully English-speaking EP “Taste Me”, recorded in Budapest. Taste Me Tour saw a number of shows in Ukraine, Russia, Hungary and Germany.

In 2011 the band started composing their third LP, which was planned to be released later in 2012.

In spring 2012, the band moved to Berlin. In September 2012, Marakesh announced they have started a new band Four Phonica, which comprises all Marakesh members and the lead singer of side project Sexinspace, Daria. In January 2013, Four Phonica released the first single Divine, available for download on the band’s official website. Single was followed up by a music video in March 2013. In February 2014, Four Phonica released their second music video Sabotage. Their debut self-titled EP was released on February 28, 2014.