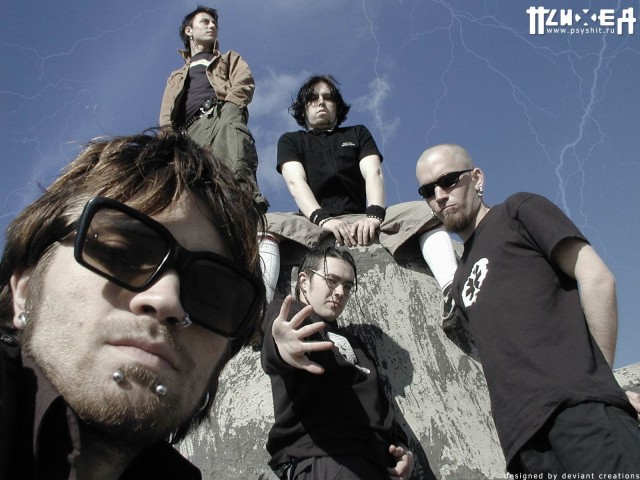 Psychea (Psiheya) (pronounced psee-heh-yuh, Russian for Psyche) is a Russian alternative rock band, based in St. Petersburg, playing music in the self- named genre of «surrealcore». Being at the top of the alternative rock scene in Russia during the 00’s, they now represent the elite cultural underground of St.Petersburg and the country itself. In 2012 the band celebrated their 16-year anniversary. The band consists of six musicians, who perform on, respectively: drums, bass guitar/backing vocals, guitar/lead vocals, second guitar, synths/sequences/mc, turntable. The band also widely uses video projection during their shows.

Musically the band combines elements of, mostly hardcore genres of rock music with electronic dance music and turntablism, and also all other popular and underground music genres like industrial metal, hardcore techno, conventional rock music, noise–rock, death metal, etc. The band have always been straightforward and free in their behaviour and meaning, so are the most truthful and powerful act on the «rock stage» from Russia. Worth mentioning is the fact that all of the band’s lyrics are in the Russian language, so, if you don’t know Russian, you’ll definitely need a translator to understand more than a couple of words from the songs!