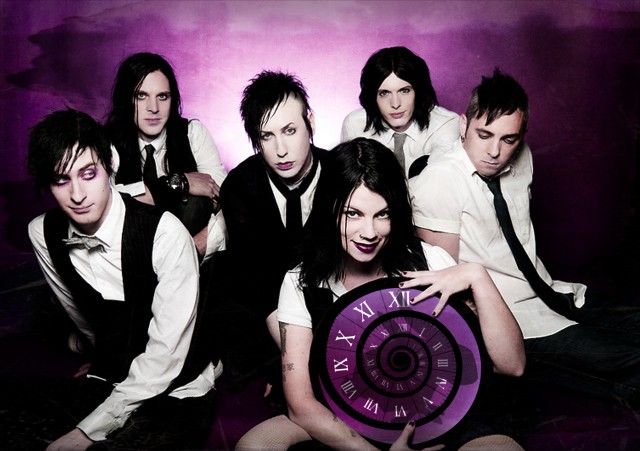 When the band formed in 1999, they were known as Imagica. This name was inspired from the fantasy novel Imajica (1991) byClive Barker. In 2002, they changed the name to The Birthday Massacre in order to avoid confusion with another group.